Rain was forecast for today but our group met in Robbinsville and decided to press on with our trip to Tellico Plains via the Cherohala Skyway.

It was a good thing we did as it turned out to be a glorious day.  Near the North Carolina/ Tennessee boarder the road reaches an elevation of 5400 feet. A bit chilly with the tops down but we managed. 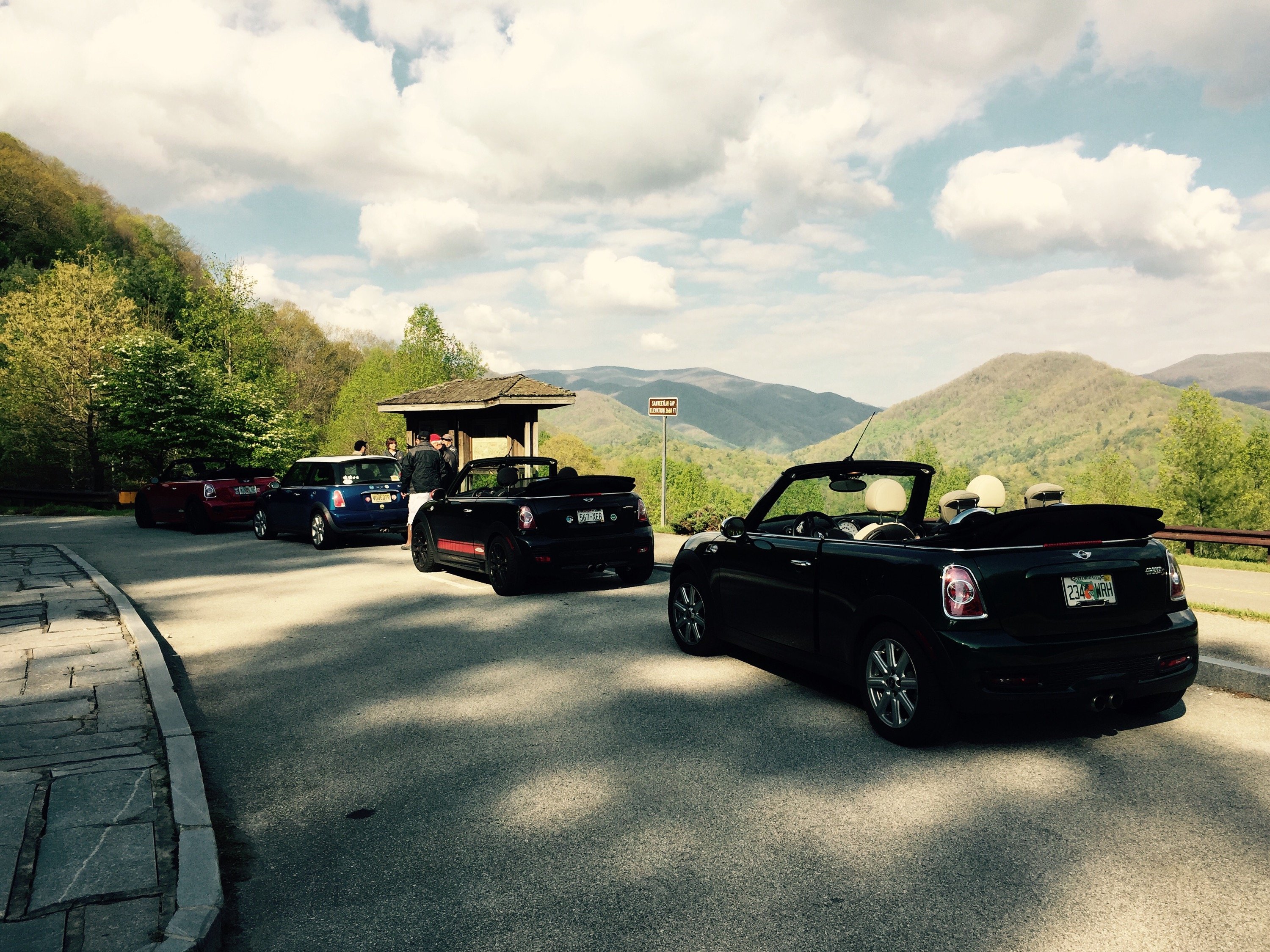 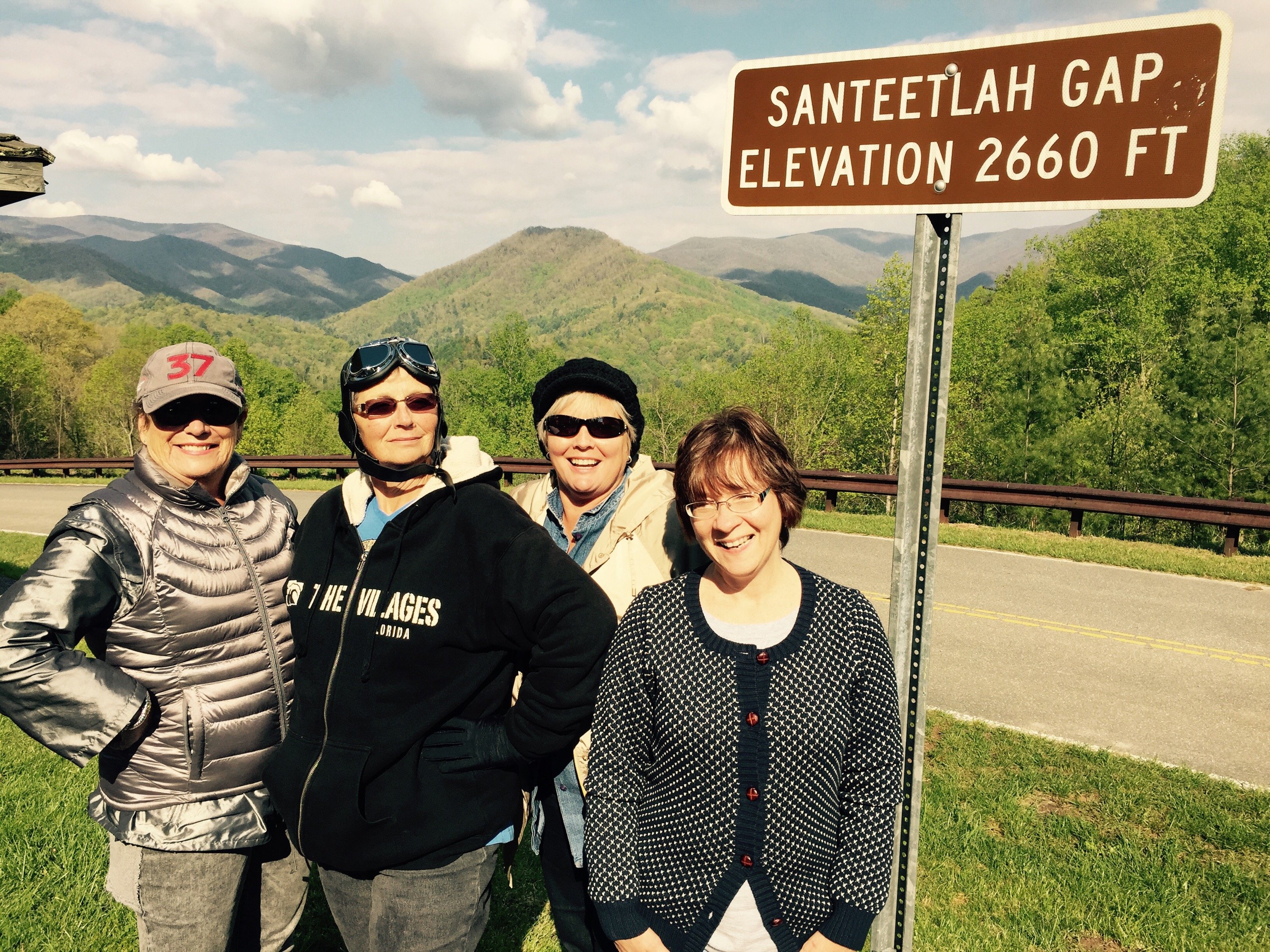 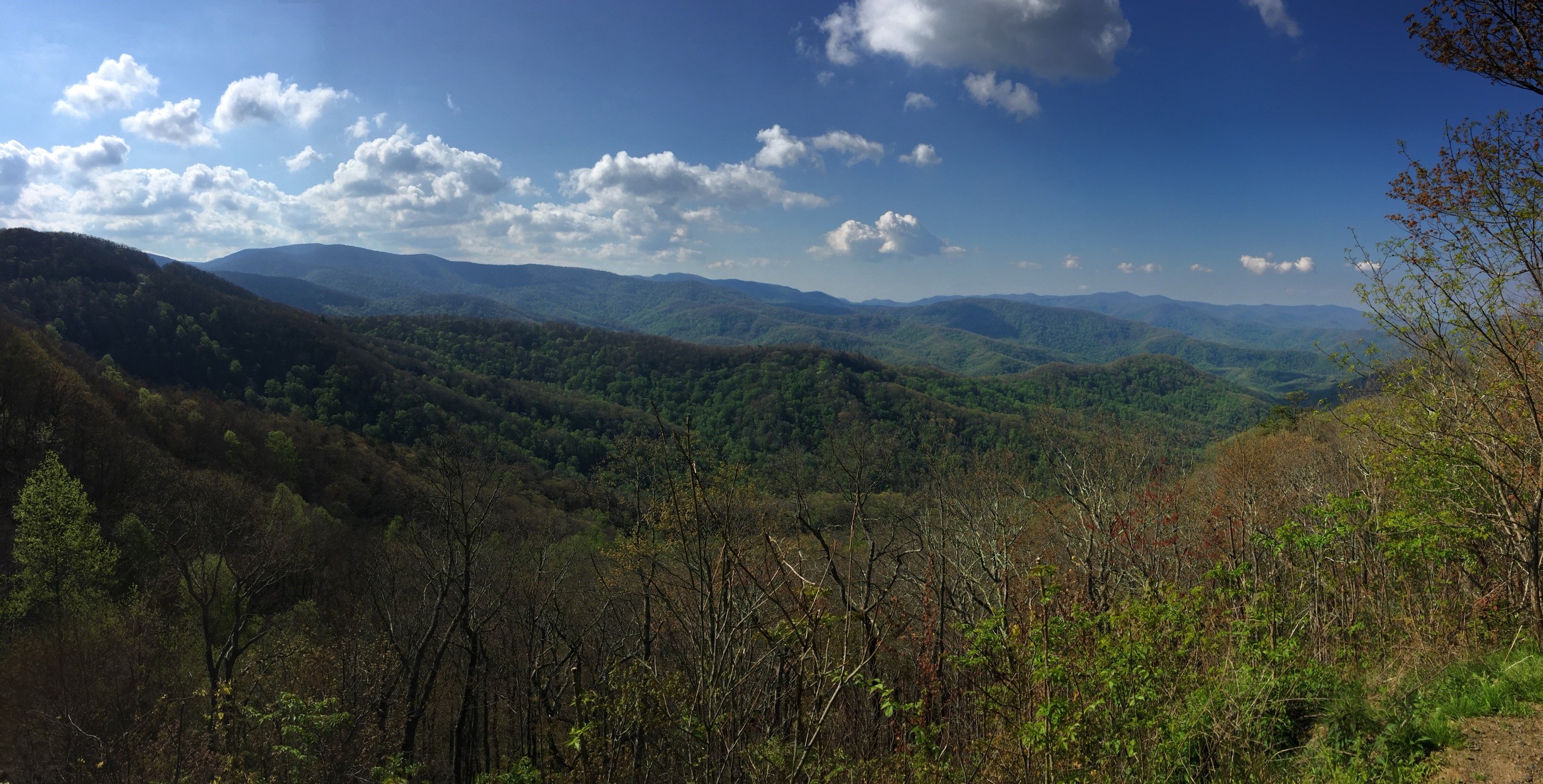 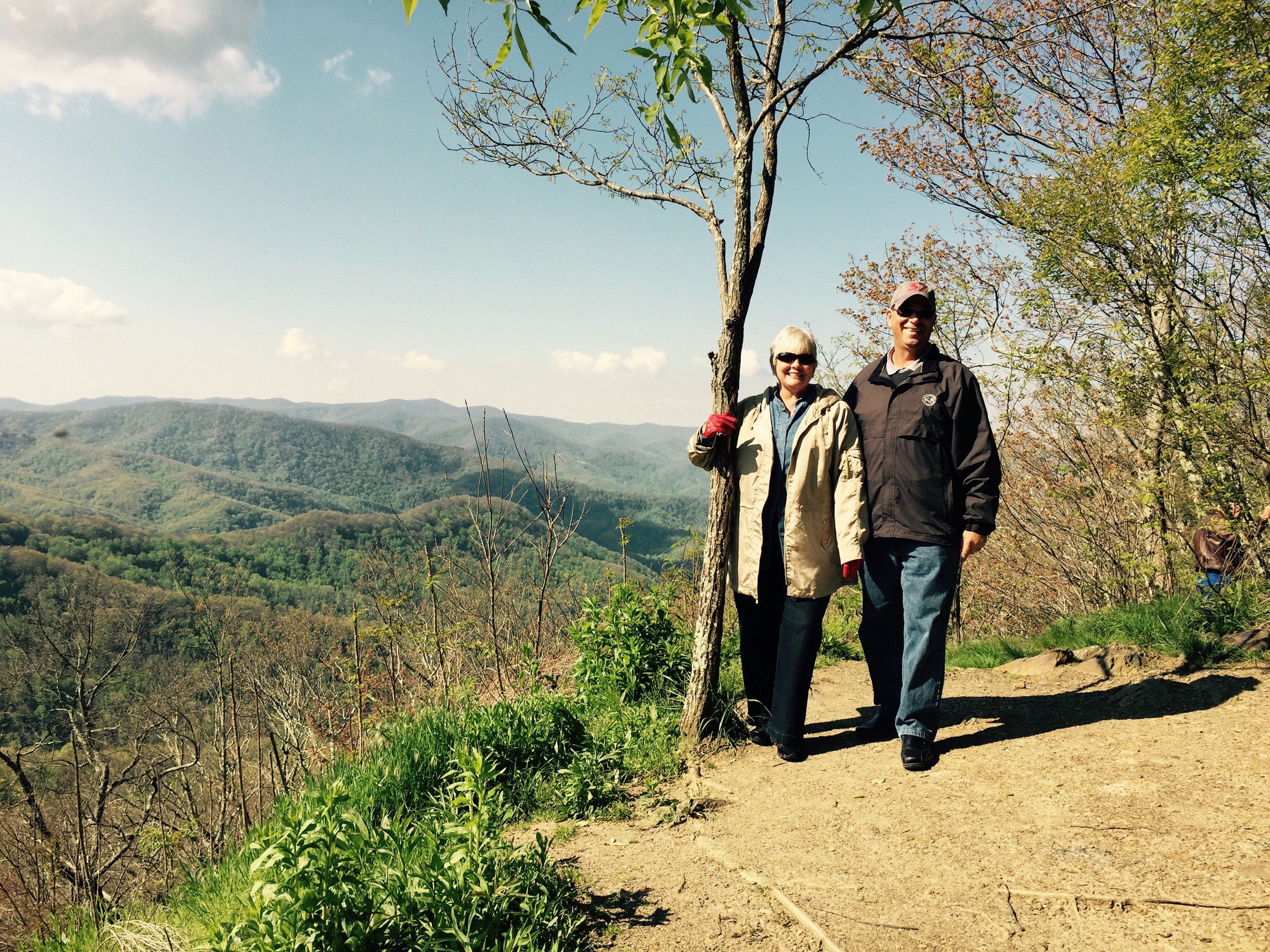 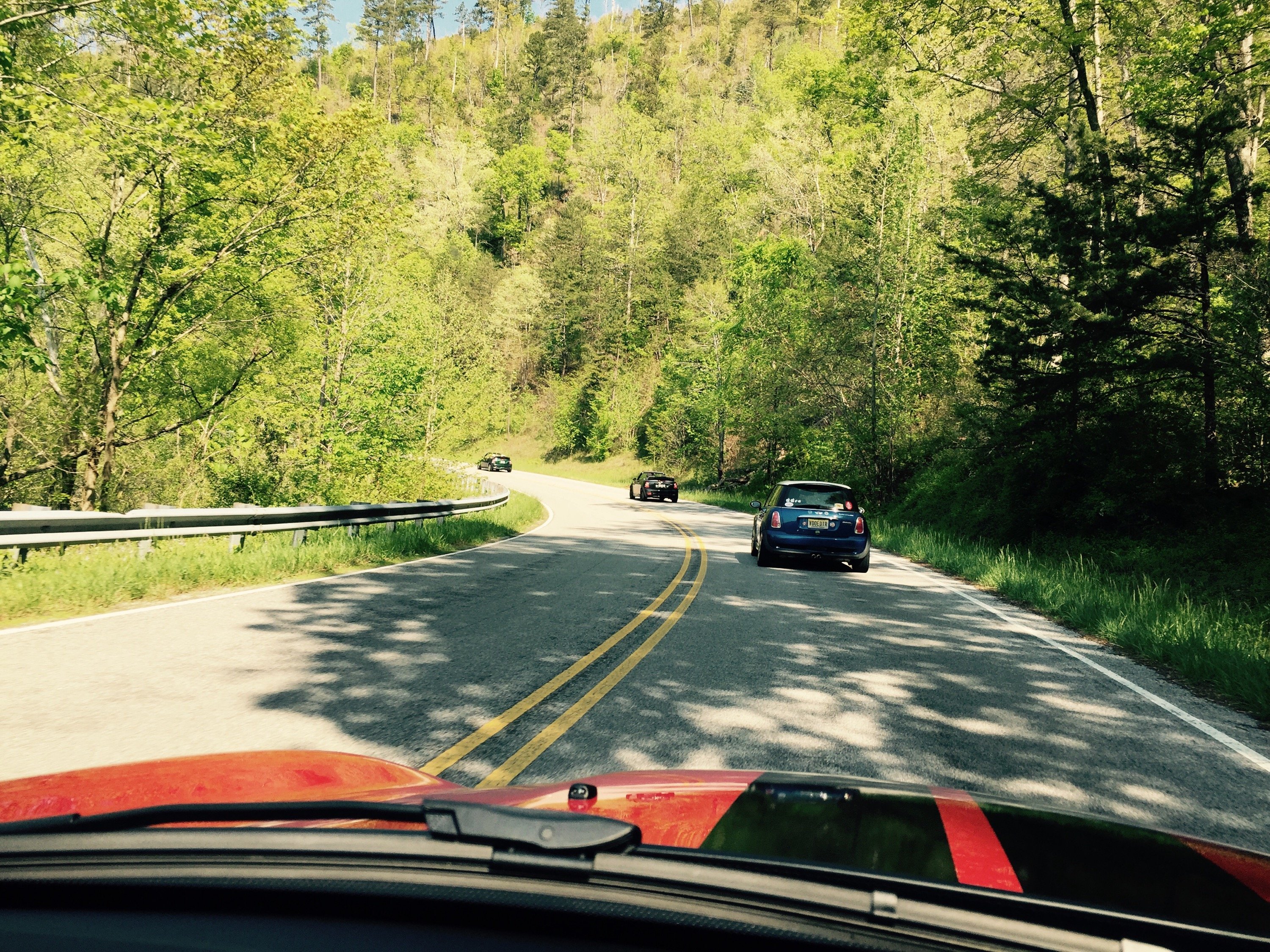 After a brief stop in Tellico Plains we decided to head towards the Dragon and a stop for lunch at The Dragon Pit Stop before driving down the Dragon twisties. 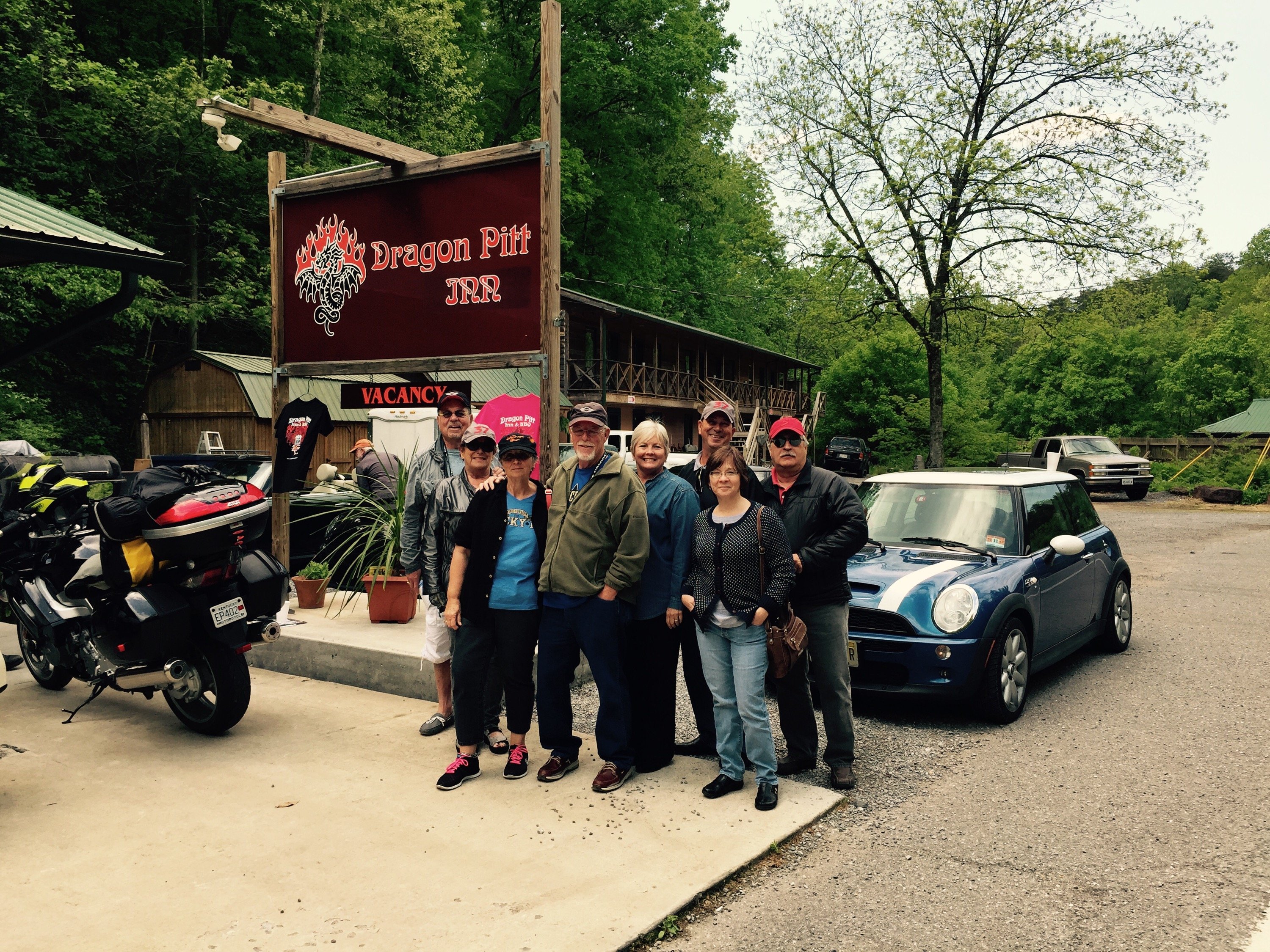 Next it was on to the Dragon. We stopped part way for another breathtaking view.

Last stop, Deals Gap to pick up some bling for the cars before heading back to Fontana Village via the route called “The Hellbender”. 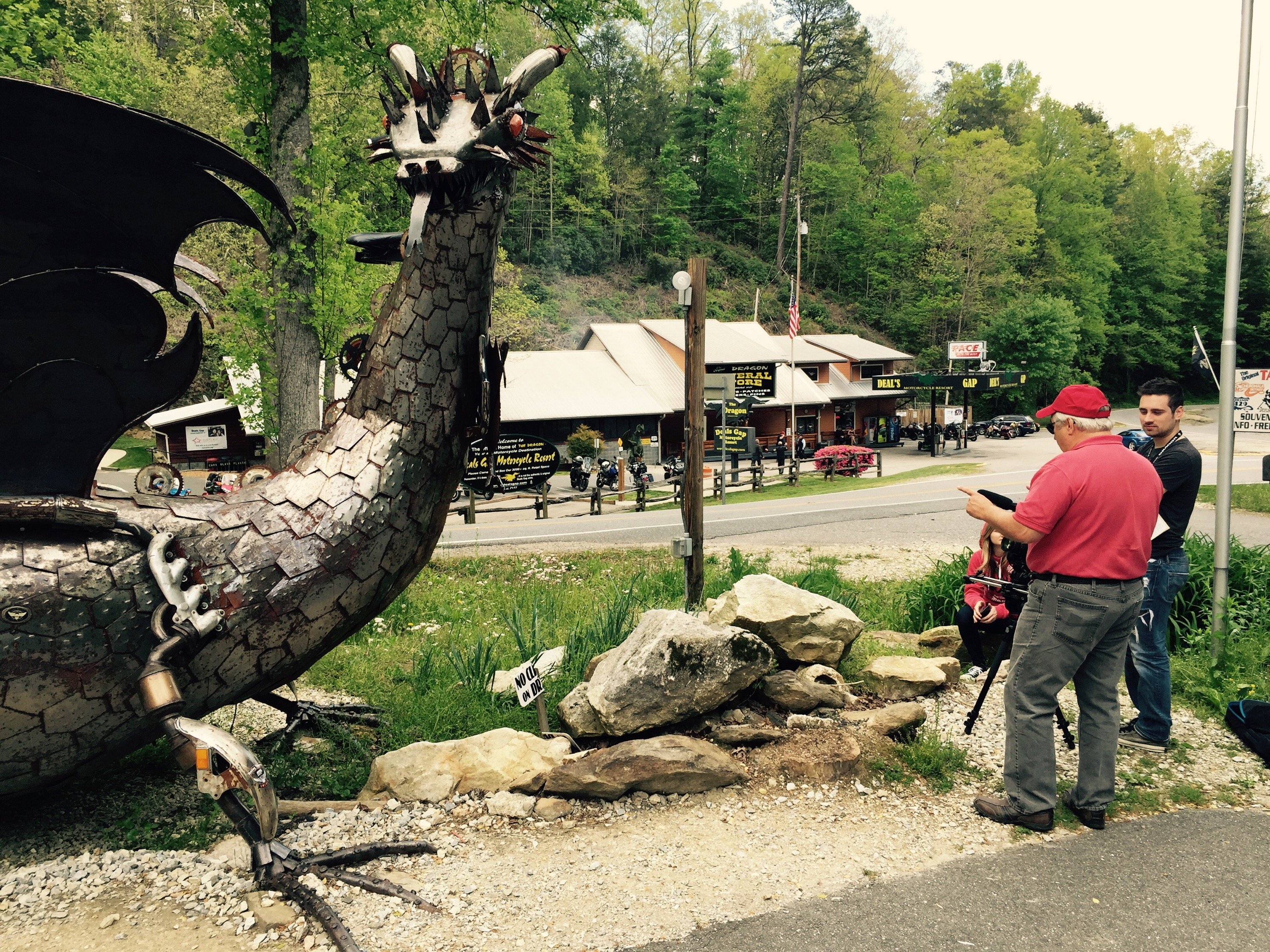